The facility provides state-of-the-art life science manufacturing and joins locations in the U.S. and Japan to enable increased production capacity of cell culture media products; acting as a hub for both European and global markets. The strategic investment will enhance the Company’s support to customers with their drug discovery and pharmaceutical manufacturing operations. Additionally, the facility’s location in central Europe positions it as a source of local supply for increased efficiency and cost-savings in shipping, as well as securing the supply chain.

Set within FUJIFILM Manufacturing Europe B.V., one of the main production sites for FUJIFILM, the world-class cell culture media facility manufactures dry powder media, liquid media, buffers, and Water for Injection (WFI) in accordance with the same Quality System, raw materials, and expertise used in the Company’s cGMP-compliant facilities in the U.S. and Japan. Initially, it increases the Company’s production capacity with Approx. 320,000 kg/year of dry powder media and Approx. 470,000 L/year of liquids with the physical capacity to expand rapidly.

“The transformation of the photographic film plant in Tilburg into a manufacturing facility for Life Sciences is a symbol of our transition from our core business of photographic film to healthcare,” said Teiichi Goto, president and CEO of FUJIFILM Corporation. “Fujifilm will expand its Life Sciences business by providing high-quality and high-function cell culture media and global production capabilities, while promoting the pharmaceutical industry and the industrialization of cell therapies.”

Drawing on the Fujifilm Sustainability Value Plan 2030 for sustainable operations, the new facility is designed with strategies that work towards a CO2-neutral status using wind energy for the production process. The Company also plans to introduce an electric boiler powered by wind energy-derived electricity capable of generating steam in order to discontinue the use of natural gas at new facility.

Cell culture media is a liquid or powdered substance containing nutrients required for growing and multiplying cells, and an essential part of cell culturing for R&D and manufacturing of biopharmaceuticals and cell therapies. Today, the market for cell culture media is expected to grow at the rate of more than 10% per annum due to an increasing demand for biopharmaceuticals including antibody drugs and vaccines and the expanded use of cell-based therapies. 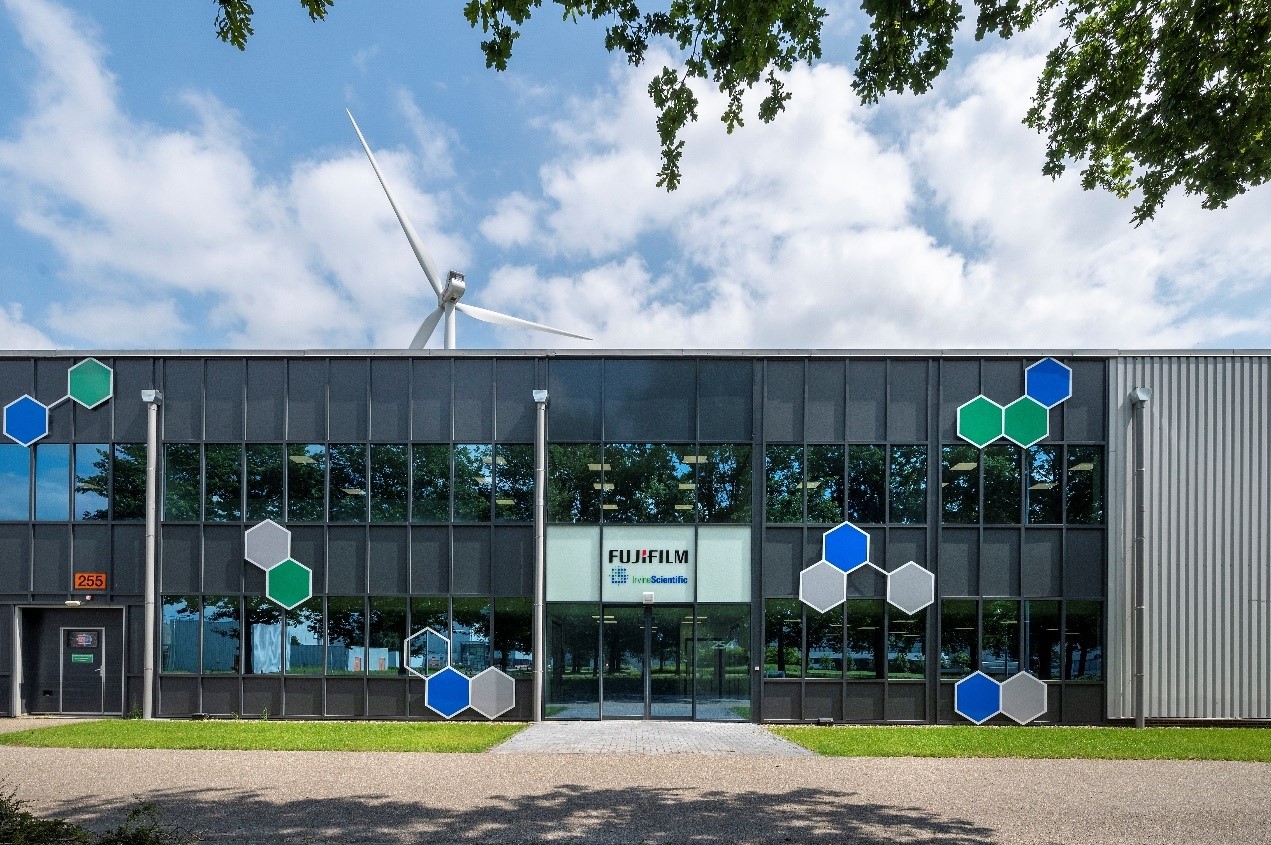